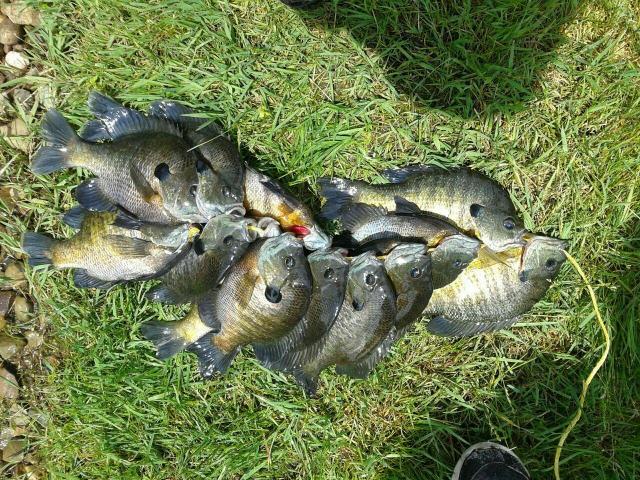 As summer approaches  many anglers have been fishing local ponds reservoirs and quarries targeting panfish.

Bluegill fishing may be the simplest form of angling. Sunfish can be the easiest fish to catch or the most challenging. For many anglers, bluegills were our first fishing experience. Many anglers soon “graduate” from catching bluegills to the adult pursuit of largemouth bass, walleye or other bigger game fish species.

Yet there is nothing juvenile about catching hand-sized bull bluegills. Battling a 10-inch bluegill on light test monofilament with an ultralight spinning rig is easily equivalent to landing an 18-inch largemouth bass on 8-pound-test and baitcasting equipment.

During this time, male bluegills will build and defend plate-shaped nests, typically 1 to 2 feet in diameter. The females lay eggs in these nests and the males fertilize the eggs, guard them from predators and keep them silt-free by fanning over the eggs with their tails.

Soon a new generation of fast-growing and maturing bluegills is swimming about. If there isn’t a thinning of the population by anglers, too many bluegills in specific waters, say a pond or lake,  quickly become a problem. Bluegills become stunted at about 4 inches in length and never reach the desired size for anglers – 8 inches or longer.

LOCATION
Bluegills are found in a variety of waters – from small creeks to powerful rivers and from farm ponds to reservoirs. There are exceptions, but the best bluegill fishing occurs in lakes and ponds where largemouth bass are so abundant that their growth rates have slowed. That’s not good for bass fishing, but the sheer number of bass makes for great bluegill fishing. This is how it works, small bass in the 8- to 10-inch range will prey on the small bluegills. This limits competition for food, thus allowing the surviving bluegills to feed and grow to quality sizes.

Another way to find quality bluegill waters is to look for the plate-shaped spawning beds. Generally, larger nests mean larger bluegills and large quantities of beds mean large numbers of bluegills. While remote, private lakes and farm ponds may in theory provide good bluegill fishing, it is not necessarily the case. Anglers play an important role in thinning a lake’s bluegill population. Thus, popular public lakes are just as likely to be good bluegill producers as private ponds or lakes. Bluegill spawning beds–look for those circular shapes along the edges.

TACKLE
A variety of tackle can be effective for catching bluegills – from a simple cane pole with a small hook and bobber to a fancy fly rod with a caddis fly. Small and lightweight is the best description for all bluegill-fishing tackle. An ultralight spinning rod and reel is the best all-around choice for most situations. Use 2- or 3-pound-test unless snagging in cover is a problem.

Larger bluegills can be spooked by heavier line. But most importantly, light line makes it easier to cast smaller baits. If possible, do not use sinkers. However, it may be necessary to use a small split shot or slip weight to make a long cast. Try a 1/64-ounce or 1/32-ounce worm weight above a small bead attached to the line about 10 inches above the bait. If you choose to use a bobber, make it the smallest you can find. BAIT
If bluegills are hungry and they are competing for a limited food source, they will bite on nearly anything that will fit in their mouths – from pieces of hotdog to small in-line spinners to juicy worms. However, the bigger bluegills are finicky. They are more likely to prefer insect larvae , spikes or waxworms also garden worms and crickets. Tiny insect larvae may be presented on 1/64-ounce jigs.

When bluegills are on spawning beds, their first priority may not be feeding. Sometimes, when bluegills are on the beds, they must be enticed to bite or even provoked to bite. Other times, they gobble up anything that lands on or near their beds. If you know there are bluegills present but they won’t bite, try a variety of live and artificial baits. Artificial baits include small in-line spinners, tiny jigs, 2-inch plastic worms and floating stick baits, and miniature crankbaits.

When it comes to bait, think small – as small as you can cast. That doesn’t necessarily apply to hooks. Conventional wisdom is to use a very small hook because a bluegill’s mouth is small. But a big bluegill’s mouth is not that small. They can easily take a No. 6 or 8 Aberdeen-style hook. The larger hooks may add enough weight to your presentation so you can do without a split shot. 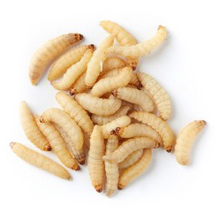 TECHNIQUE
Fish for big bluegills the same way you fish for bass, only in miniature. Make your presentation resemble the bluegill’s natural food as closely as possible. While you can almost wade into the middle of small bluegills and still get them to bite, larger bluegills are more wary, especially when they are in shallow water.

When bluegills first move into the shallows to spawn, they are very skittish. Stay as far away from the spawning beds as you can and still successfully reach them with your casts. If fishing from the bank, take it easy and make as little ruckus  as possible.

The best possible presentation is using only a hook and small amount of bait (no bobber and no weight), casting at least 15 feet with an ultra-light spinning rig and very light line. I prefer a 12-15ft cane pole  Try to cast beyond the nests and retrieve the bait through the colony. Let the bait sink slowly into the nests like natural food. Watch the movement of the line to detect the bite. Since spawning bluegills are sometimes preoccupied or skittish, so your bait may have to sit for a couple of minutes before you get a bite.

What triggers bluegills to spawn is a matter of speculation. Weather is a major factor. After two or three warm, sunny days in early June with high humidity, bluegills will nearly always move to the beds. But just because it’s spawning time doesn’t mean the bluegills are always willing to bite. Bluegills feed most aggressively in the early-morning and late-evening hours.

A thunderstorm will run bluegills off shallow nests. And it may take a couple of days of sunshine and clearing shallow water to put them back into the spawning and feeding mode. Big bluegills will stage in deeper water just beyond the spawning areas. If there are no bluegills visible on the beds, they still may be willing to bite. Try casting to adjacent deeper water, especially around cover such as docks or fallen trees.

In most cases, it is desirable for anglers to take some bluegills home for the dinner table. Anglers play an important role in controlling bluegill overpopulation and stunting. However, fisheries biologists now believe that bluegills are not an unlimited resource. It is possible to overharvest bluegills and throw a lake’s fish population out of balance,SO DONT BE GREEDY! It’s important to observe the legal daily limit and to use restraint in the number of bluegills you take. Take enough to feed your family and leave the rest for another day or another angler.

Have fun be safe and good luck fishing